AATB has selected a tissue recipient to ride on the Donate Life Float in the 2017 Rose Parade. The 14th Donate Life Rose Parade float, Teammates in Life, reflects the parade's theme "Echoes of Success" by reminding us that no one succeeds alone and provides the perfect setting for the float's powerful message of saving and enhancing lives through the gift of organ, eye and tissue donation. 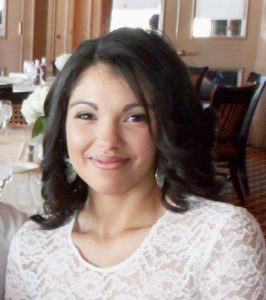 AATB is pleased to announce this year's representative is tissue recipient Angela Hadfield of Syracuse, NY. Angela was nominated by Musculoskeletal Transplant Foundation (MTF), an AATB-accredited facility based in Edison, New Jersey.

Angela was born with a congenital defect called Chiari Malformation; a malformation of the brain that is thought to affect 1 in 1,000 people in the United States. In 2015, during brain surgery to repair this defect, her surgeon removed a small section of her skull and cut through the covering of the brain, to allow more space for her brain and prevent further sagging of the cerebellum into the spinal canal. During this surgery, a donated allograft patch was sewn into place, allowing the cerebral spinal fluid to flow more effectively to the rest of the body. Without this surgery and the generous gift of tissue, Angela may have experienced permanent nerve damage, as well as other complications such as cysts in the spinal cord, breathing problems, visual impairments, decreased strength in the extremities and even paralysis or death. Thanks to this surgery and the donated allografts, Angela was able to resume her active lifestyle, which includes running, hiking, and supporting the Chiari and Syringomelia Foundation.

The AATB Donate Life Rose Parade float rider was selected from submissions that were generated through a public, on-line competition by a committee of AATB staff members.